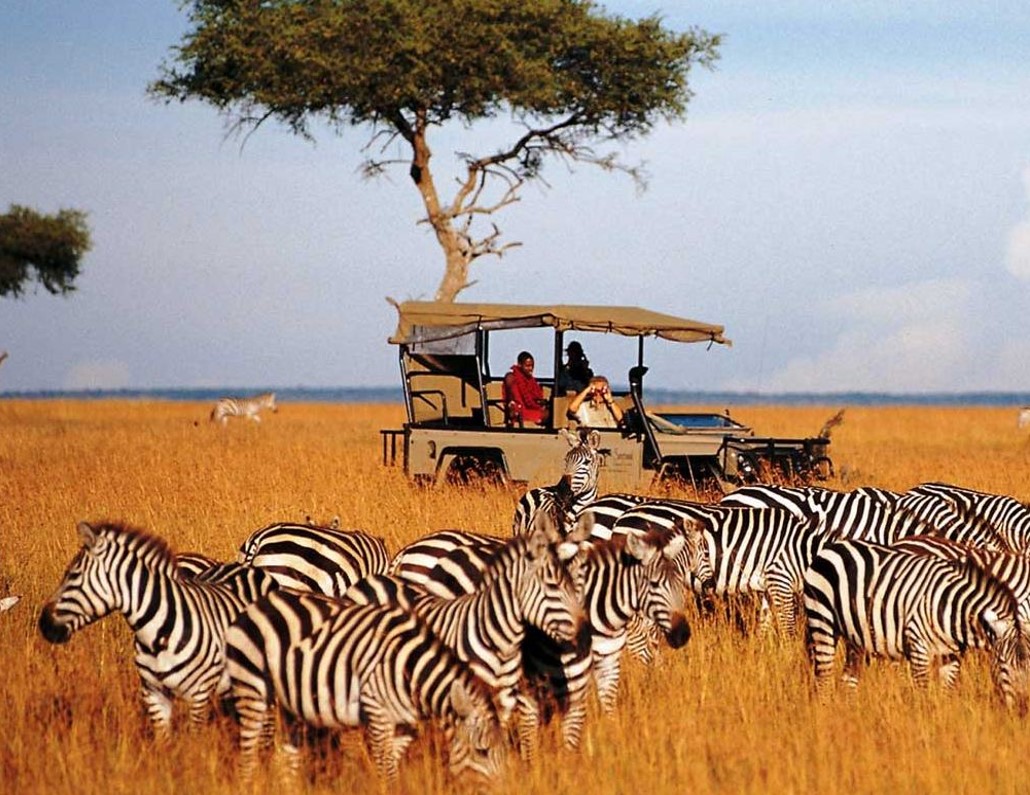 Away from the crowds in Kenya’s most spectacular and diverse areas, we have a unique safari opportunity that we’re excited to share with you.

Visit world renowned ecosystems in complete, uninterrupted exclusivity while exploring private wildlife conservancies. See not only the Big 5, but also rare endemic species, such as Grevy’s zebra, reticulated giraffe, Beisa oryx, Somali ostrich and gerenuk. Experience truly authentic Kenya culture as you are guided on safari by members of indigenous tribes. Get a unique perspective on the wildlife and landscapes while on a game drive, bush walk, camel safari, horseback ride, or flight in East Africa’s only open cockpit biplane. Support conservation in partnership with local communities. Stay in a collection of unique, intimate lodges and camps, offering the ultimate in luxury.

Read more to find out about all this trip has to offer – the intimate lodges and camps, the diverse destinations, the exciting wildlife encounters, the unique activities, and the inspiring focus on community and conservancy. 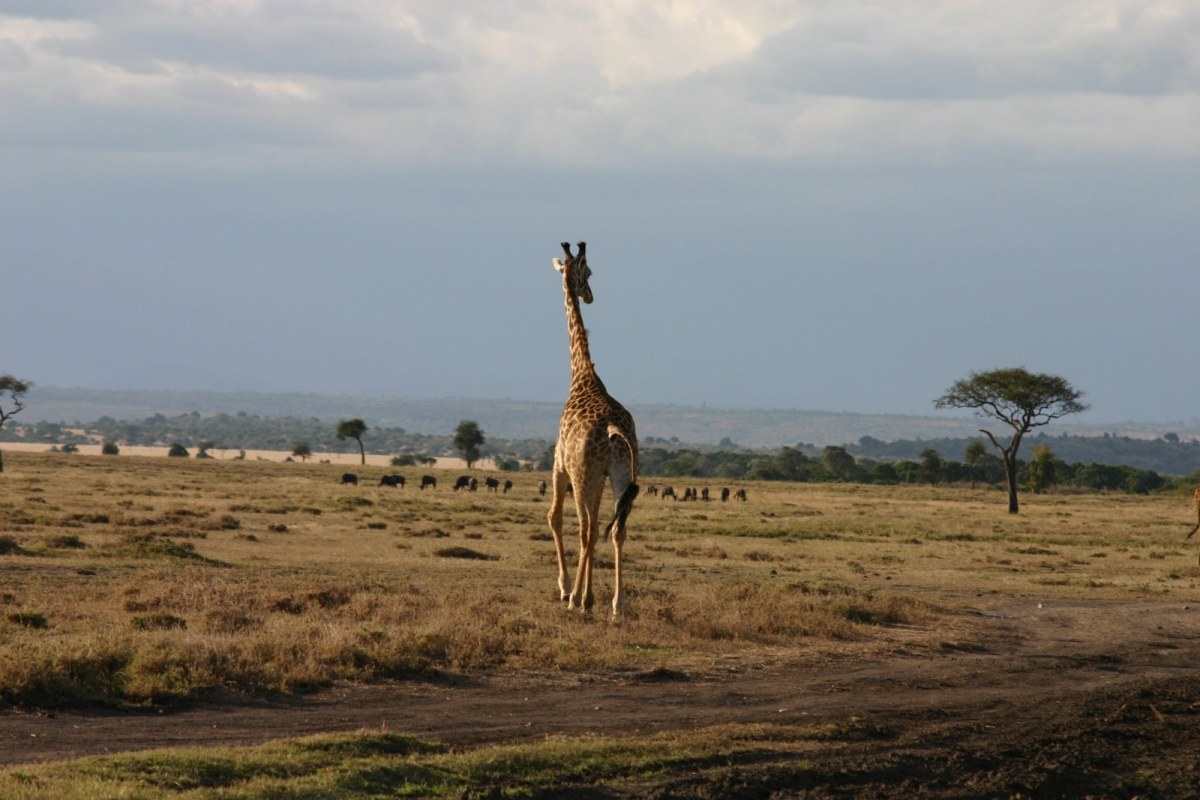 On this 10-day trip, encounter Kenya’s most iconic conservancies. From the rugged, unending vistas of Samburu, to the World Heritage plains of Lewa Wildlife Conservancy. All this shadowed by the snow-tipped peaks of Mount Kenya, and the plentiful open grasslands, rivers, and mountains of the Masai Mara, a wonder of the world. Experience the spectacular wildlife and landscapes through game drives and bush walks, and learn how conservation and tourism can really make a difference.
View itinerary 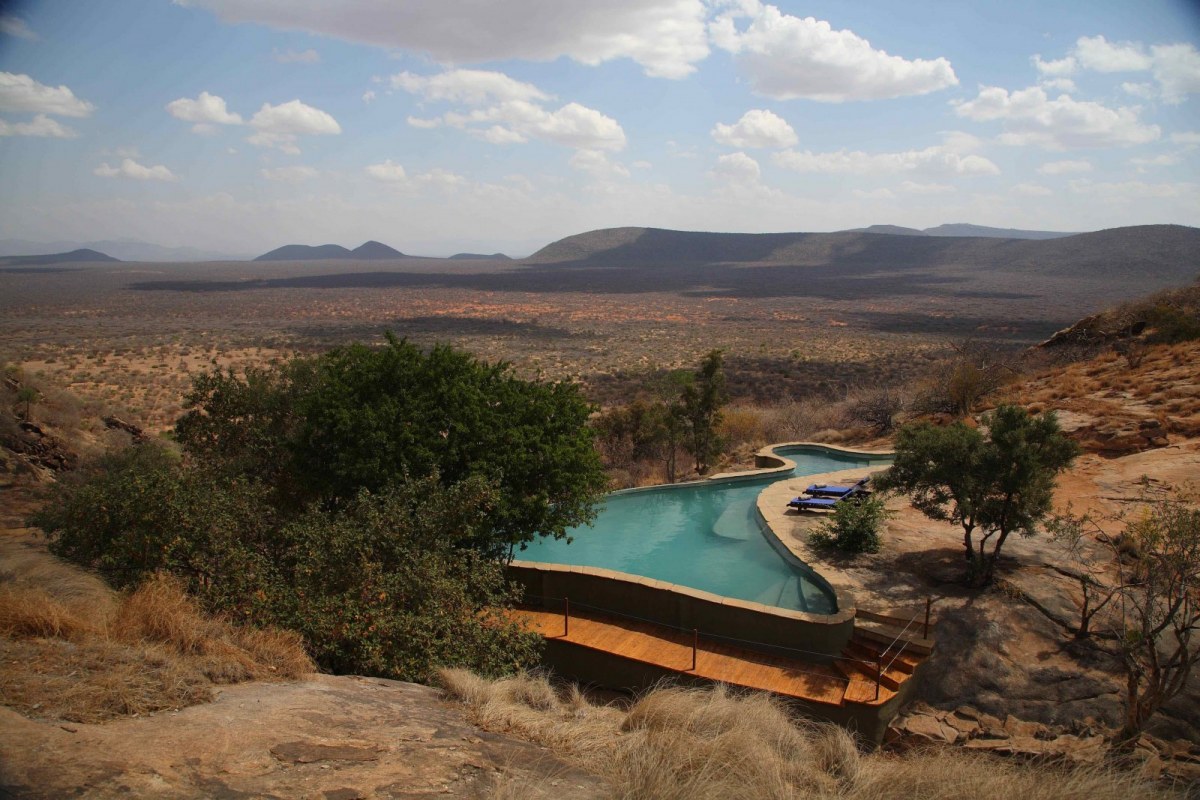 The safari features a collection of intimate lodges and camps, which all offer exclusive access to explore private wildlife conservancies.

Lewa Wilderness: At the heart of one of Kenya’s most famous conservation success stories: The Lewa Wildlife Conservancy. Lewa Wilderness is one of Kenya’s original private safari experiences and has been the Craig family home since 1972 where they proudly continue to entertain their guests.

Saruni Mara: The smallest permanent lodge in the Masai Mara, nestled in a hidden valley in Mara North Conservancy with the wide open game plains to the south and lush forest to the north.

Saruni Wild: The smallest tented camp in the Masai Mara. Tucked away on the border of Mara North/Lemek Conservancies right in the heart of the Mara eco-system, totally immersed in the amazing plains game wildlife. 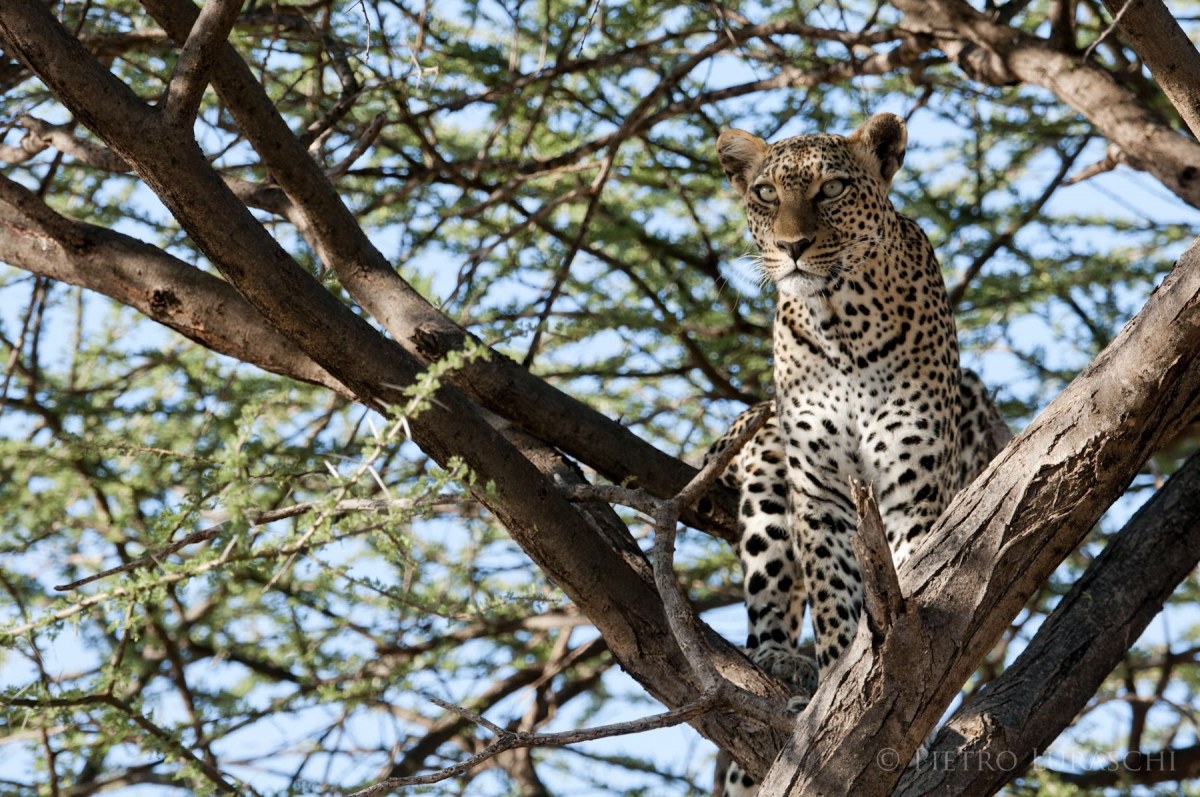 Lewa Wildlife Conservancy is 62,000 acres of savannah, forests, gorges and mountains amidst the colourful Laikipia plateau in Northern Kenya. Famous for its abundance of game, and being a privately owned reserve, it rivals the best wildlife experiences in Africa. In fact, over the last twenty years, Laikipia is the only part of Kenya where wildlife numbers are increasing. Lewa is home to 15% of Kenya’s total rhino populations and a significant proportion of the remaining global population of Grevy Zebra. Not to mention being home to over 400 bird species making Lewa an all-round excellent game viewing destination.
The area around Saruni Samburu is teeming with wildlife – from the giant herds of Samburu elephant coming to drink at the waterholes, leopard making their lairs on rocky outcrops nearby, to endangered packs of African wild dog seen traversing the plains below the lodge. The area is also home to rare endemic species, the Samburu Five: Grevy’s zebra, reticulated giraffe, Beisa oryx, Somali ostrich and gerenuk.

The Mara Serengeti ecosystem, of which Mara North Conservancy is part, has the highest density of predators and plains game of any wilderness in the world, and is home to the most thrilling, awe-inspiring natural spectacle on the planet – the Great Migration. Game drives are action-packed and guests are guaranteed incredible and unforgettable wildlife encounters. 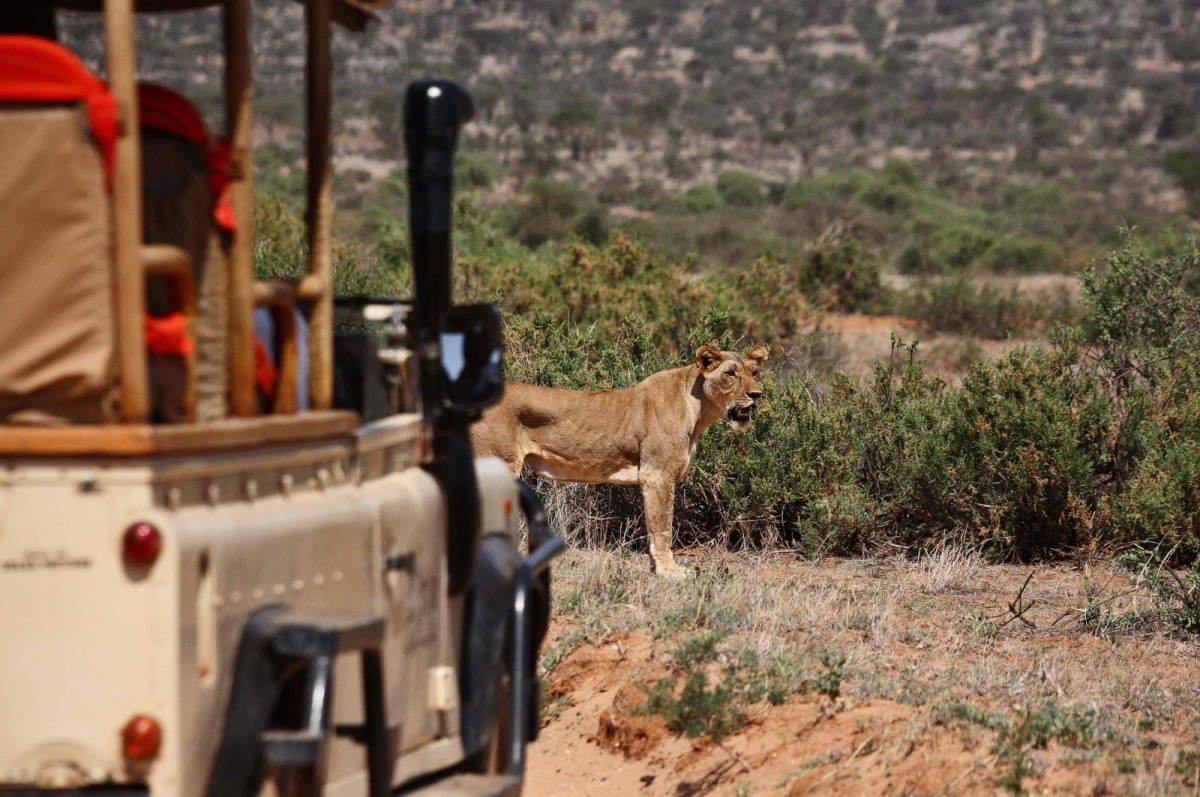 This safari experience offers plenty of unique activities to choose from…

Participate in a programme called ‘Warriors Academy’, where guests learn the survival skills of the revered Maasai warriors – taking part in teaching in the same way as a junior warrior learns to track animals and craft tools on the plains of the Masai Mara.

Visit local community enhancement projects as well immerse yourself into the conservation activities happening on a daily basis. These may include meeting the anti poaching security guards as well as witnessing the sniffer dogs in training, visiting the elephant corridors or even heading out and about with the local vet. 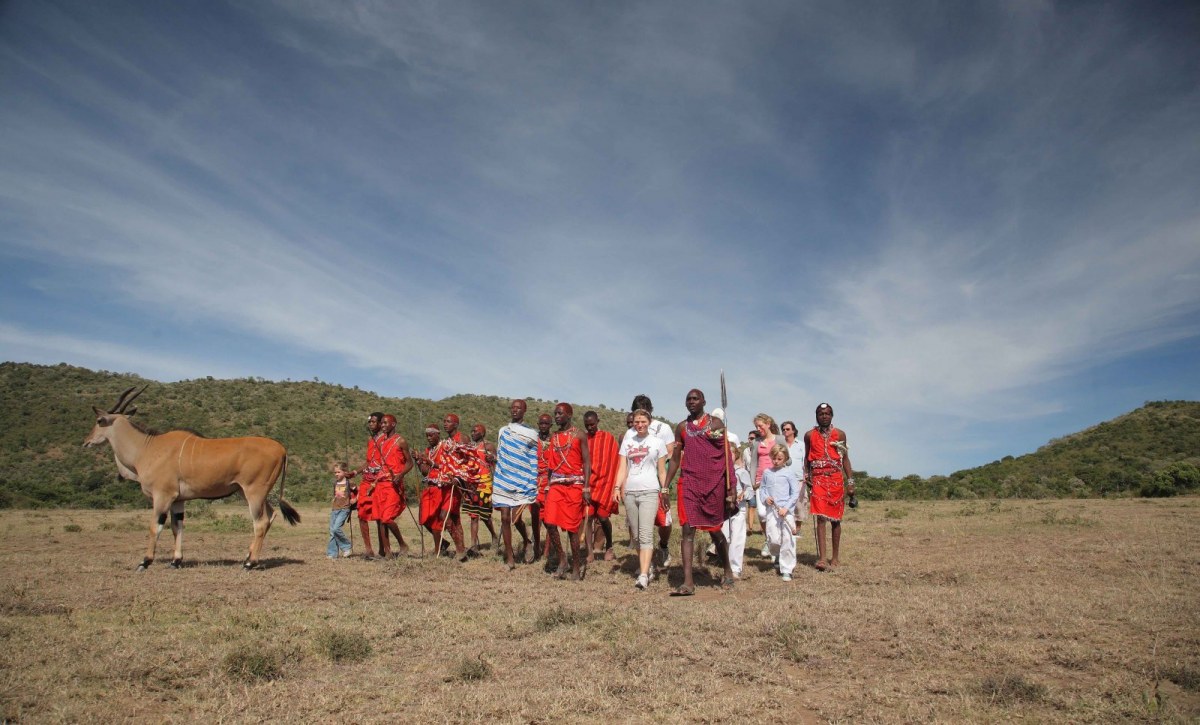 These lodges are one of the only sources of income for the nearby communities. Tourism directly supports conservation by giving back to the community who protects the beautiful land, improving their quality of life, while at the same time encouraging the purpose for conservation.

As always, we can customize any trip for you. Contact us now to start the conversation!