This 10-day Kenya safari features stylish, well-appointed accommodations in the heart of wildlife reserves. Embark on game drives in three different regions of the country to get a glimpse of the Big Five and more, and to witness the diversity of the beautiful scenery. Visit one of Africa’s greatest wildlife reserves, Masai Mara, where game viewing is spectacular year round.

On arrival at the Jomo Kenyatta International Airport in Nairobi, you will be met by a representative and given a short safari briefing before being transferred to your hotel.

Transfer: Fly to Chyulu Hills in the Amboseli region

After an early wakeup call and a quick breakfast, you will be met by your driver at the reception and transferred to the nearby Wilson Airport in time for your scheduled flight to the Chyulu Hills- Amboseli region in South-Eastern Kenya.

On arrival into the airstrip, you will be met by your Camp’s safari vehicle and driver guide. It’s a short game drive to Ol Donyo Lodge and after check in, you will have time to relax in your room before lunch is served.

Whilst at this Lodge, there are plenty of activities to keep you busy including the shared game drives, horse rides, guided walks and mountain biking.

Safari in the Mbirikani area 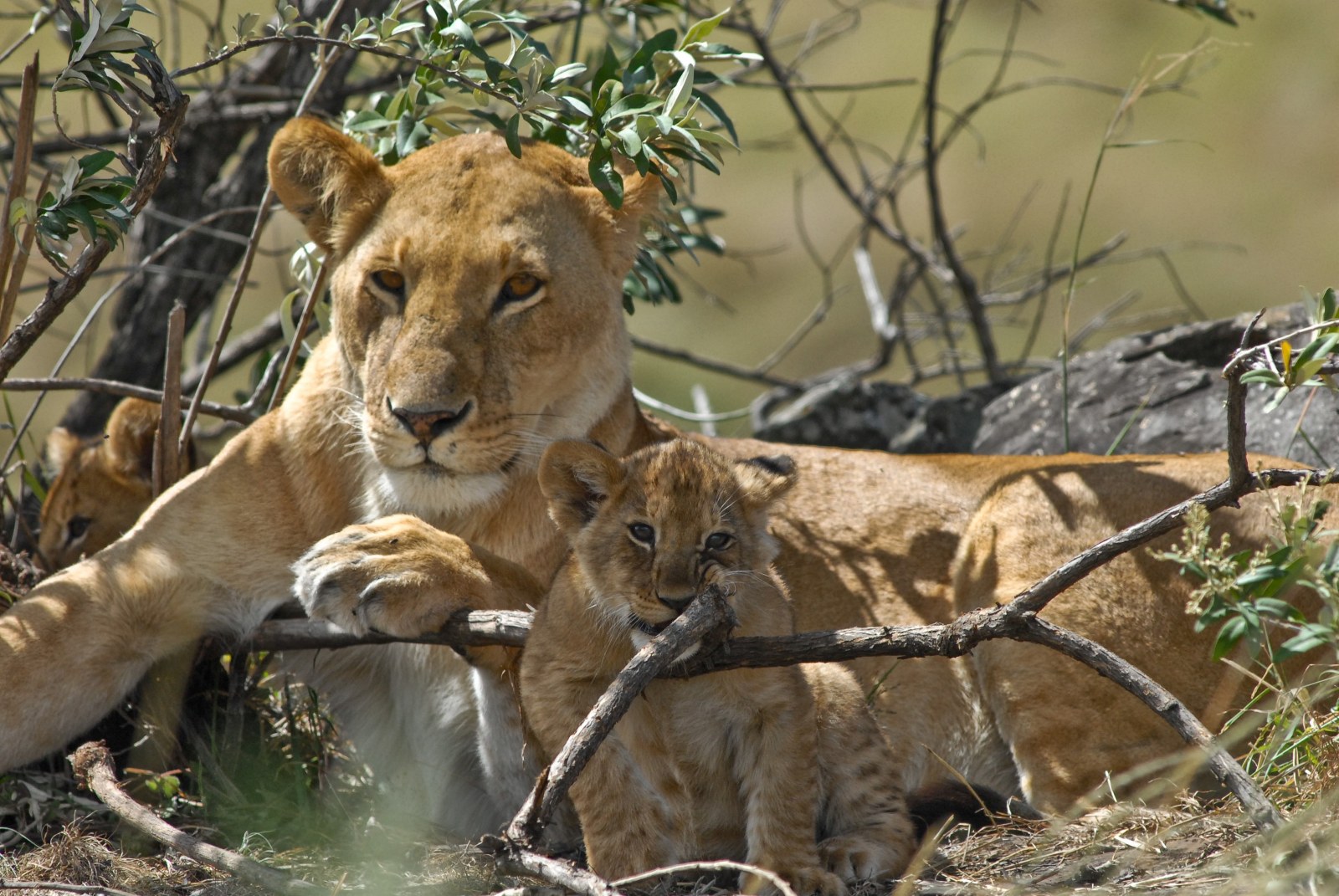 Today you will go for game drives in the Mbirikani area. The 300,000-acre Mbirikani Group ranch is located in south-eastern Kenya, between Tsavo East and Amboseli National Parks and next to Chyulu Hills National Park. The ranch is owned and run communally by a group of Maasai Pastoralists. Mbirikani contains lava, dry land which provides important refuge to wildlife, including elephant, lion, cheetah, leopard, giraffe, buffalo, impala, gazelle, hyena and jackal. The ranch has been the centre for some excellent conservation work over the years.

Return back to the lodge in the evening for dinner and drinks.

Transfer: Fly to Laikipa (via Nairobi) and transfer to Solio Lodge, located on a private wildlife sanctuary 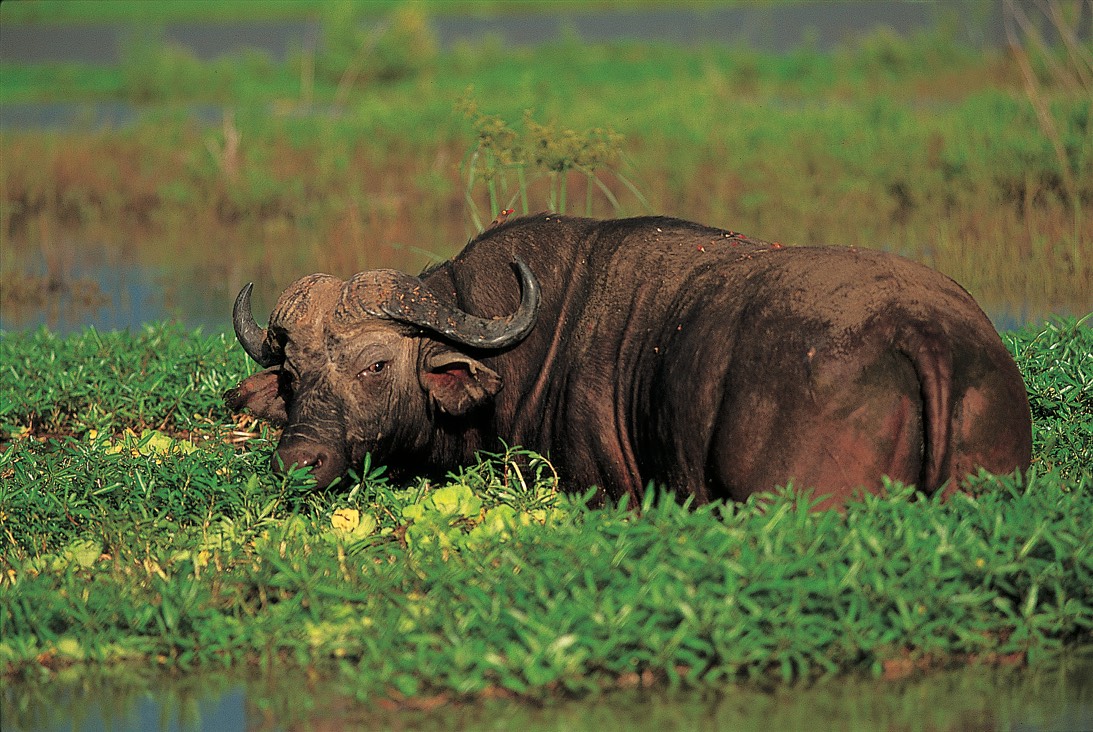 It’s an early start today as you enjoy a last breakfast before being transferred to the airstrip in time for your scheduled flight north to Laikipa (via Nairobi). On arrival at the Nanyuki airstrip, you will be met by the lodge vehicle and driver and transferred to Solio Lodge, located on a private wildlife sanctuary in the valley between Mt Kenya and the rolling peaks of the Aberdare Mountains. You will arrive in time for lunch.

After lunch, you can participate in the available activities such as horse riding, walking, mountain biking, night and day game drives, helicopter rides and fishing trips. Spa treatments are available in the comfort of your room.

Safari on the Solio Reserve, or enjoy any one of the many offered activities at the lodge

This morning and tomorrow morning you are woken up with tea or coffee, and a selection of freshly baked biscuits and pastry which should see you through your morning activity before returning to the Lodge for a full breakfast.

Afterwards spend the full day in the private Reserve. The Solio Reserve is internationally recognized as the most successful private rhino breeding reserve in Kenya and visitors will find that sightings of up to 40 rhinoceros at a time are not uncommon. The wildlife experience here is intense and exclusive with 19,000 acres of conservancy surrounded by 45,000 acres of ranch.

Later in the evening, enjoy drinks in the company of your friends or just relax in your room. The Lodge has five luxurious cottages, each with large sitting area and spectacular views of Mount Kenya.

Safari on the Solio Reserve, or enjoy any one of the many offered activities at the lodge

Similar to yesterday, today you will continue to explore the private reserve and its wildlife. 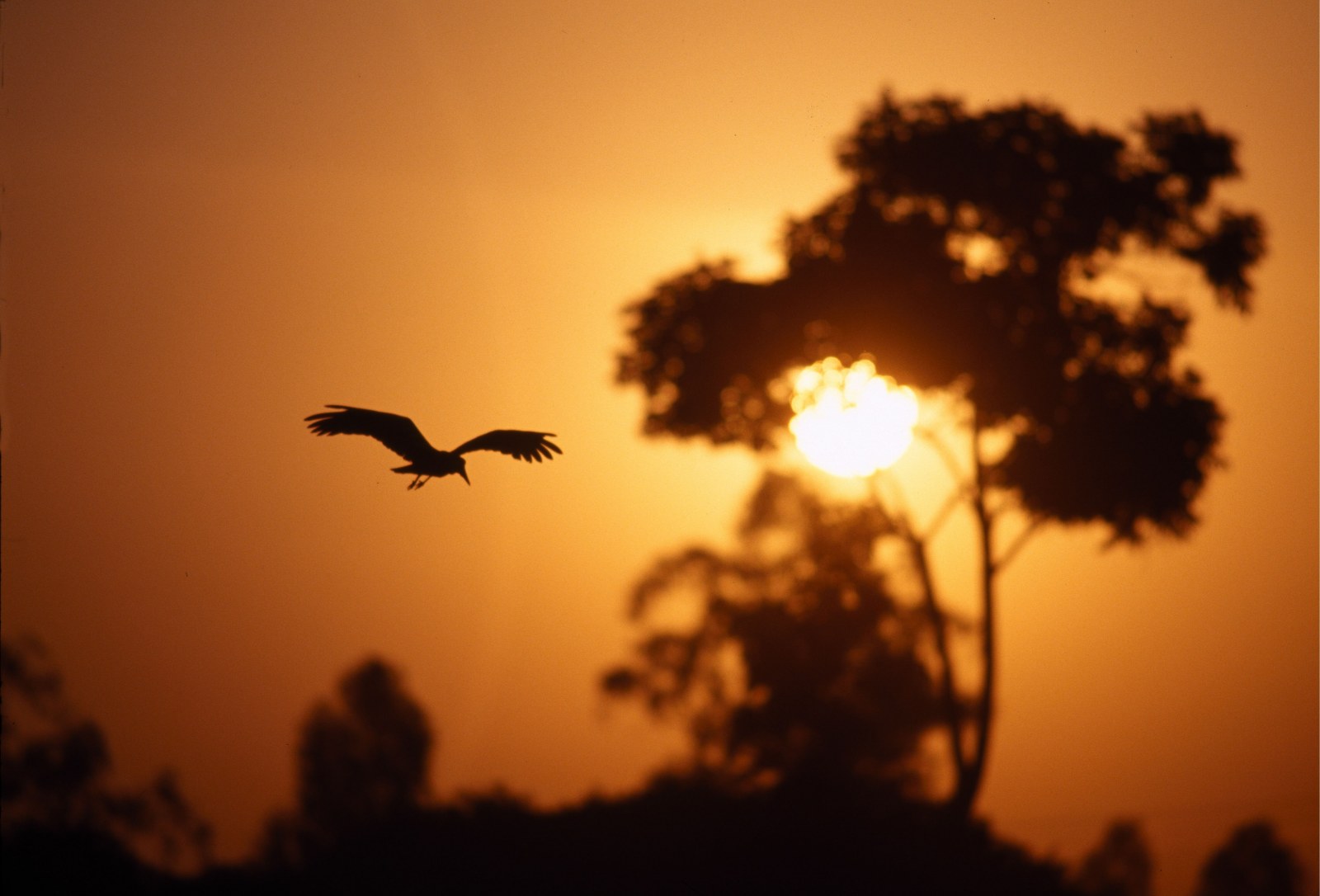 After your breakfast and check out, you will be transferred to the airstrip for your flight to Masai Mara. On arrival at the Mara airstrip, you will be transferred to the Mara Plains Camp in the Maasai Mara arriving in time for lunch. The position of your tent, and camp, provide you with the most incredible vista available in the Mara. This, combined with the luxurious interiors, high end attention to detail and first rate access to incredible facilities, makes this a must stay property.

After Lunch there will be time for an afternoon siesta and an evening game drive, followed by a drink as you watch the Mara’s spectacular sunset, rounding off another fabulous day on safari.

Safari in the Masai Mara, one of Africa’s greatest wildlife reserves 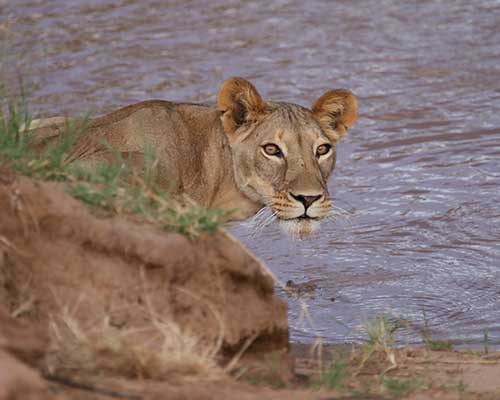 Spend today and tomorrow exploring Masai Mara with its large diversity of beautiful scenery, including its meandering rivers, towering escarpments and rolling grasslands that provide the perfect habitat for the abundance of game, including the Big Five – lion, leopard, buffalo, elephant and black rhino.

Masai Mara is one of Africa’s greatest wildlife reserves. Acacia dotted plains, tree-lined rivers and woodlands are abundant with wildlife and an array of birdlife. Game viewing is spectacular year round; you may see a pride of lions stalking their prey, observe a herd of elephant and their fascinating social structure, or see pods of hippo wallowing in the rivers. The great wildebeest migration is one of nature’s wonders; an estimated two million animals migrate in a year-round pattern through Tanzania and Kenya, following the rain. Around July each year the huge herds begin dramatic river crossings and the grasslands of the Mara are covered by a mass of moving wildebeest, offering easy opportunity for crocodile and predators that are never far away.

When in the Mara visit a traditional Maasai village or take a balloon safari (at an extra cost).

Safari in the Masai Mara, one of Africa’s greatest wildlife reserves

Similar to yesterday, spend the day exploring the Masai Mara.

Transfer: Fly back to Nairobi for your international departure

Today you will have a final morning Game Drive as you drive to the Airstrip for your flight to Wilson. On arrival you will be met and transferred to Ole Sereni Hotel, for a day room, before a later transfer to Jomo Kenyatta International Airport for your international departure.

This 45-suite boutique hotel elevates the standard of luxury for travelers in the region. Beautiful in its symmetry and flooded with natural light, this plantation-style property is airy and spacious. Each of our 80m² suites have a private balcony overlooking the iconic silhouette of the Ngong Hills, a magical view which can also be enjoyed over sundowners at the Bar. Our service is personal and sincere, offering a luxury experience from the moment you touch down in Kenya.

Ol Donyo Lodge,a Relais & Chateaux property, is located on the Maasai-owned Mbirikani Group Ranch. This stunningly beautiful area is incredibly diverse and often has spectacular views of Mount Kilimanjaro. No other lodge in Africa offers such a wide range of experiences, in such a private setting. The 16-bed lodge is a harmonious blend of contemporary and rustic, merging the landscape into each suite. The lodge’s main lounge, complete with grand stone fireplace, a small library, inviting open bar and expansive verandah is the place to rendezvous with new friends, and the local staff.

Solio Lodge is located on the Solio Reserve, which is part of a private ranch and is home to a diverse and numerous population of wildlife, including both black and white rhino. Solio Game Reserve is internationally recognized as the most successful private rhino breeding reserve in Kenya. The lodge has just six cozy and luxurious rooms, each ensuite with large glass pane windows to take in the panoramic views of the landscape which is framed by Mount Kenya. You will find some of the best food in all of Kenya at Solio Lodge and these wonderful meals will be enjoyed in the bush, on the deck overlooking a watering hole, in the main dining room, or privately in the comfort of your cottage.

The camp is nestled in a lush forest on the meandering bends of the Ntiakitiak River, and careful thought was given to every detail. The camp is not an imposition on the landscape, but rather a subtle refuge among the wild. The camp’s main area takes your breath away; positioned just so, the horizon lies ahead, punctuated by a single acacia tree. It’s the Africa of the mind’s eye. Flanking the main mess area is the library, an area to enjoy a quiet afternoon. Flowing fabrics, open-air spaces and strong teak structures ground the space. Each of the seven tents has deep canvas canopied ceilings, rough-hewn wood floors, and accents of East Africa’s rich safari history. The well-appointed en-suite facilities (including a deep copper bath) plus the extensive private verandah complete what is genuinely a stunning concept.