This 9-day itinerary allows you to discover the Maya civilizations of Guatemala, including Tikal National Park, with some of the most fascinating archeological remains of the Mayans. Then on to Belize where you will relax at your beachfront hotel, and enjoy some water activities, like scuba diving and cave exploration.

Today you will arrive by international flight to Belize, and then you will immediately fly to Flores, Guatemala. On arrival in Flores, our guide will transfer you to your hotel. 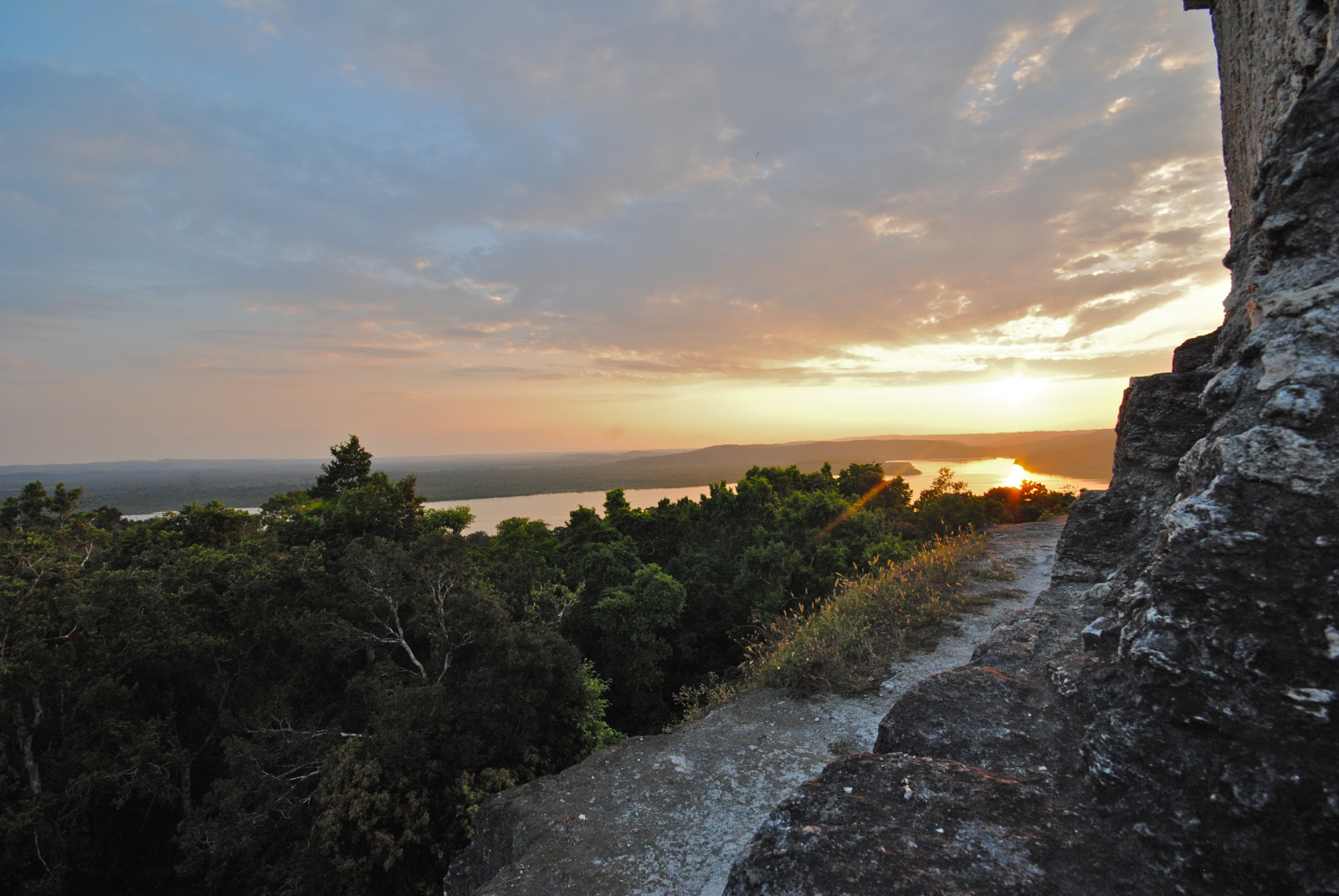 After breakfast, your guide and driver will meet you at the lobby of your hotel for your transfer to Yaxha Archeological site.

Yaxha is an ancient ceremonial center of Mayan civilization situated in the northeast of Peten. This site is a mixture of archeology, beautiful landscapes and ecological tourism. With more than 500 structures in the site, including 40 stelae, 13 altars and 9 pyramids this site is a must when visiting the area. 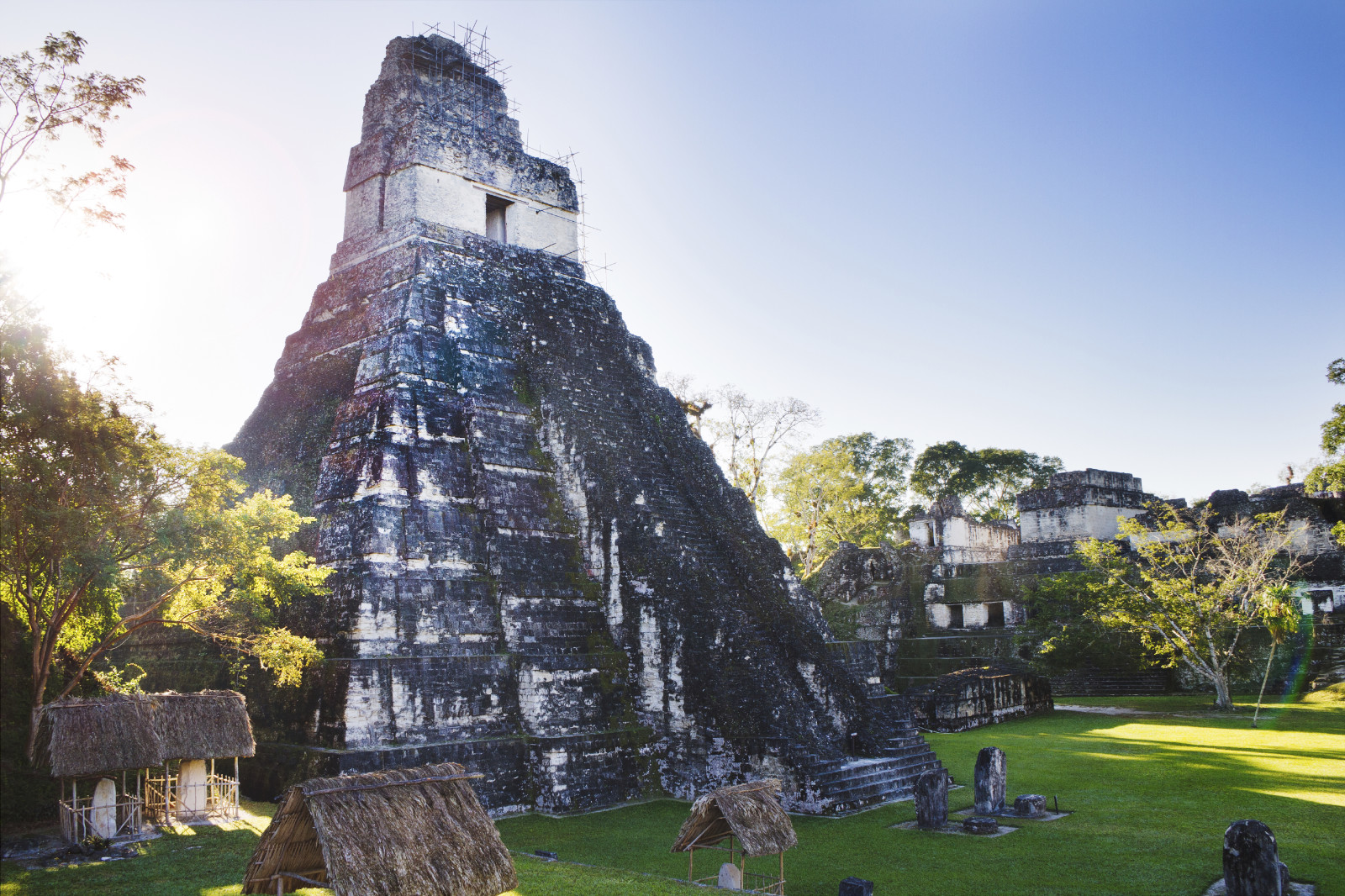 After breakfast your tour guide will meet you at the lobby of your hotel and transfer you to Tikal National Park.

Tikal National Park contains some of the most fascinating archaeological remains of the Mayan civilization. Declared a UNESCO World Heritage site in 1979, Tikal is Guatemala´s most famous cultural and natural preserve. Tikal is the ceremonial center of the ancient Mayan civilization. Its best years were the Late Classic Period (600-900AD).

Your guide will show you the layout of the temples, architecture, history, some theories of why the Mayans disappeared and if you are lucky a few monkeys, parrots, macaws and toucans will be on site.

After the tour, enjoy lunch at a restaurant in the middle of the jungle. After lunch, you will be transferred back to your hotel. 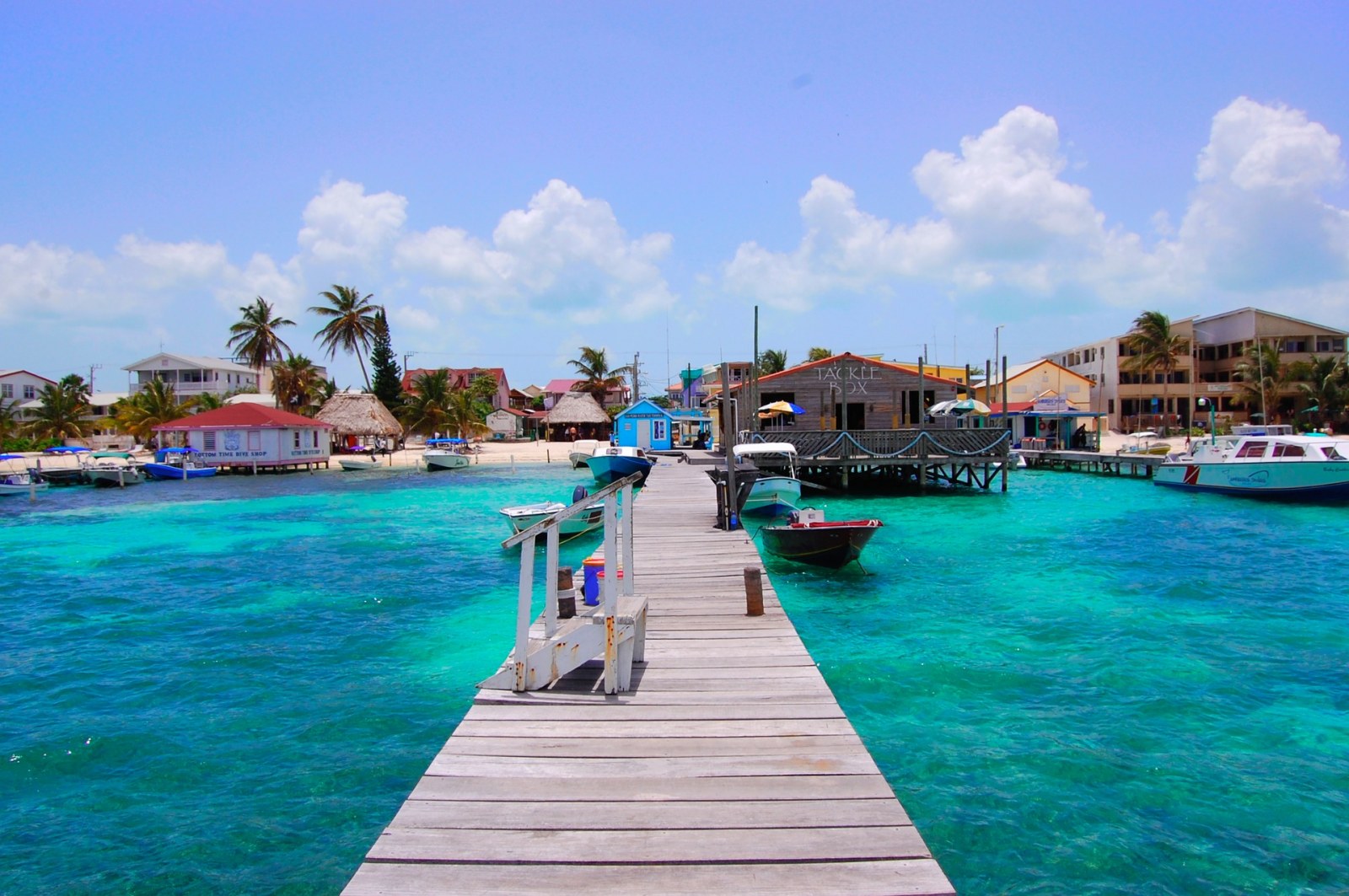 After breakfast, you will be transferred to the airport for your flight to San Pedro.

San Pedro is on Ambergris Caye, the most famous island in Belize. On the island you can explore the mangroves and its wild life, swim in the second largest reef of the western hemisphere, or enjoy the island´s nightlife. In the town of San Pedro you can find all sorts of restaurants, hotels and coffee houses.

Off the coast of Belize: 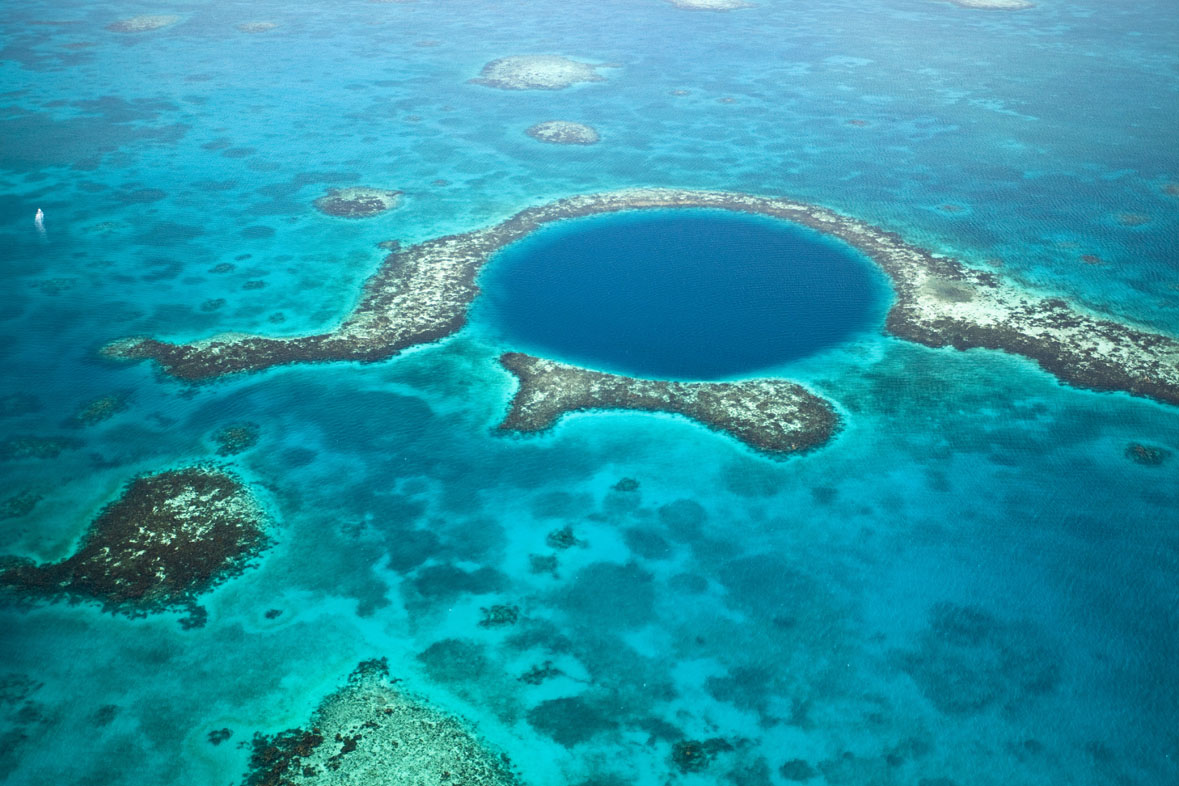 Today you will enjoy scuba diving off the coast of Belize. The Great Blue Hole is a giant sinkhole that attracts many scuba divers for the opportunity to explore the crystal clear waters and the myriad of species of marine life. It also lies near the centre of Lighthouse Reef. 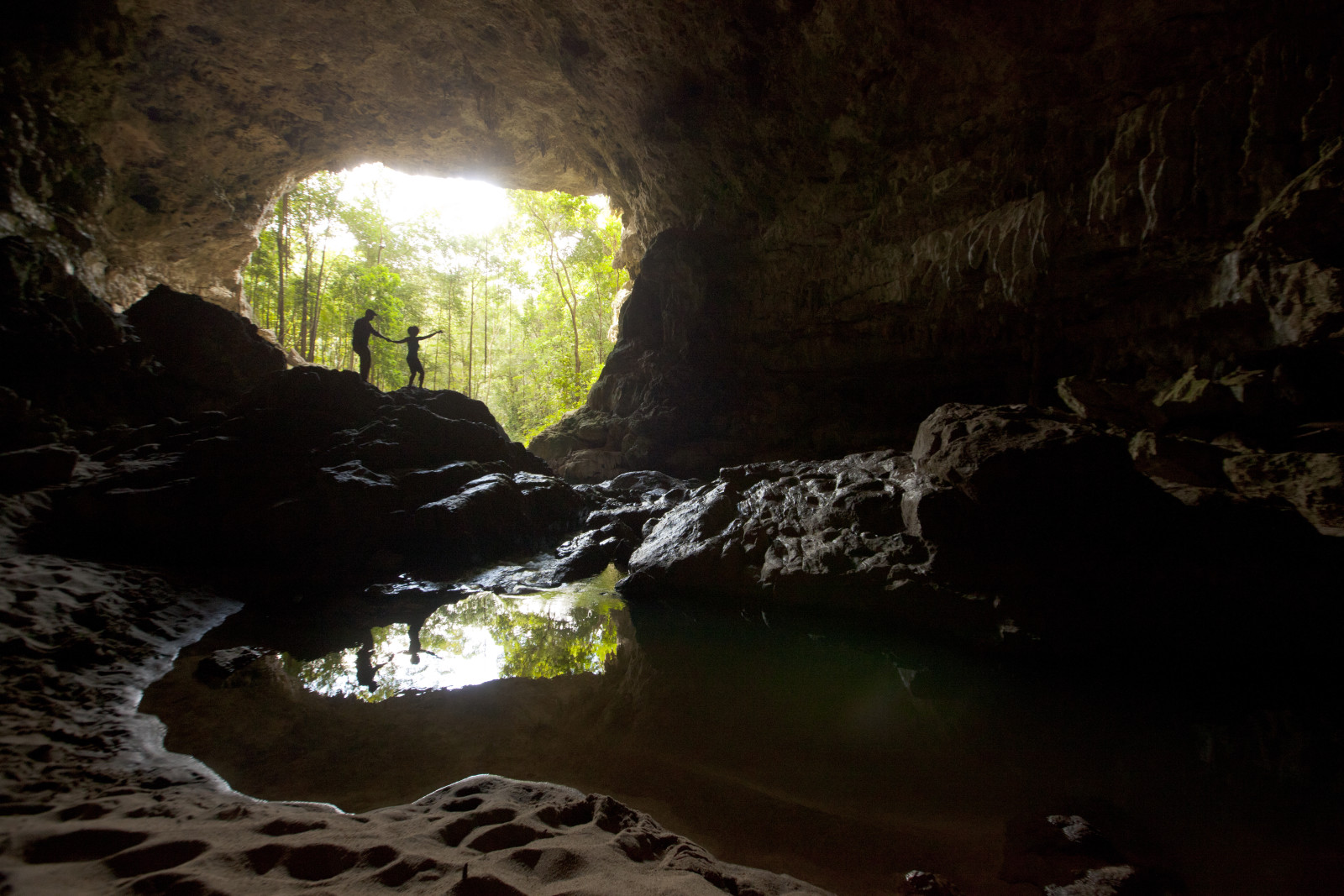 Today you will visit the Actun Tunichil Muknal Cave, a Maya archaeological site that includes skeletons, ceramics, and stoneware.

You will hike for 30 minutes through the forest before arriving at the cave entrance. A short swim will lead you into the amazing underworld. An adventurous trek leads into the main water passage, where you get to enjoy amazing geological formations like sparkling stalactites, stalagmites, and flow stones. This hidden chamber promises to reveal ancient secrets and geological processes that have helped to shape the Maya underworld known as Xibalba; a fearful world beneath the face of the earth; the parallel unseen, into which kings and shamans of the Maya past could venture in to communicate with their gods or ancestors through rituals and ceremonies. 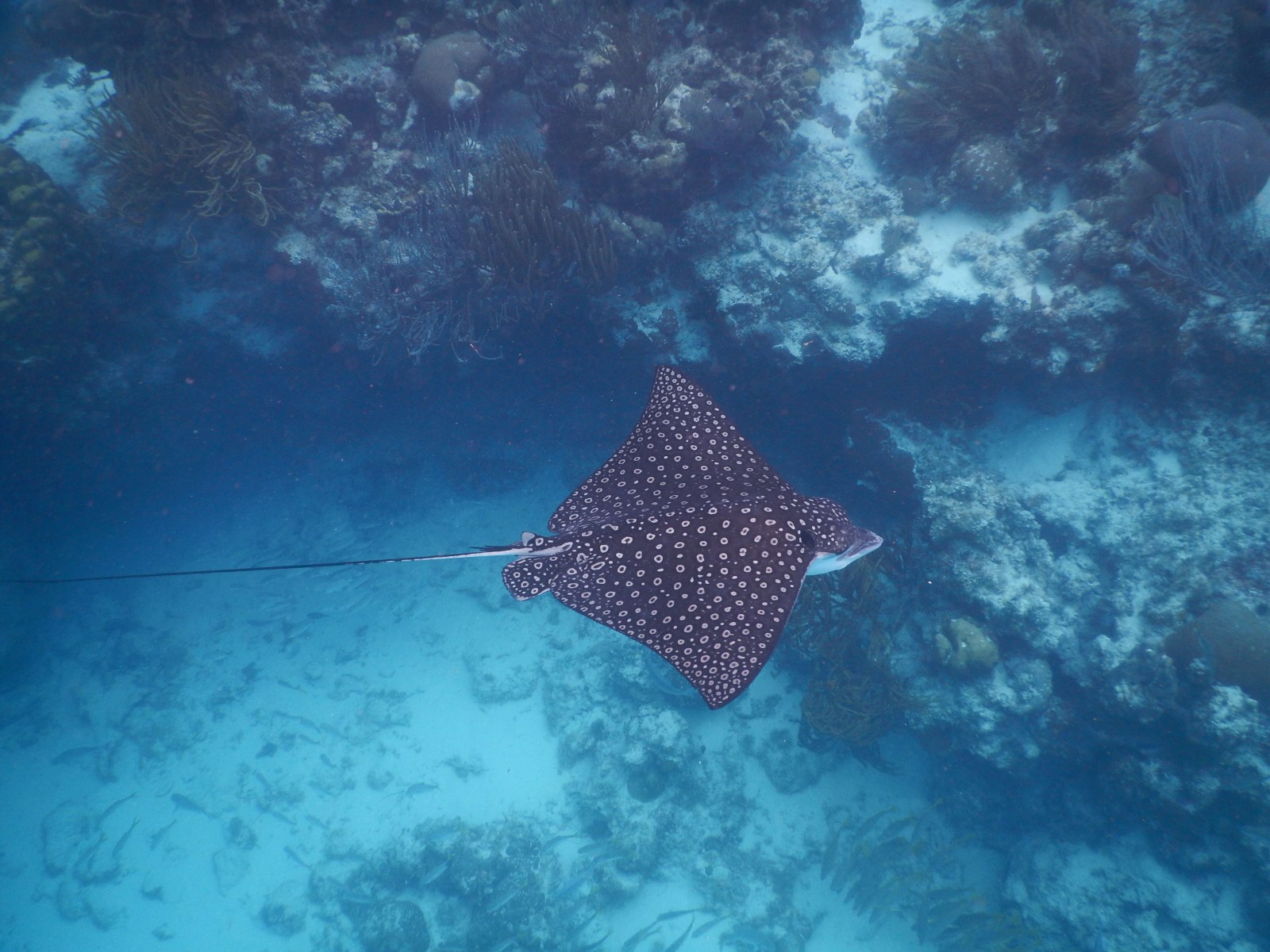 Another day of scuba diving! This two tank reef dive takes place close to a dive shop just outside the barrier reef, with the surface interval at the shop.  Dives include tanks and weights, and refreshments on the dock between dives. 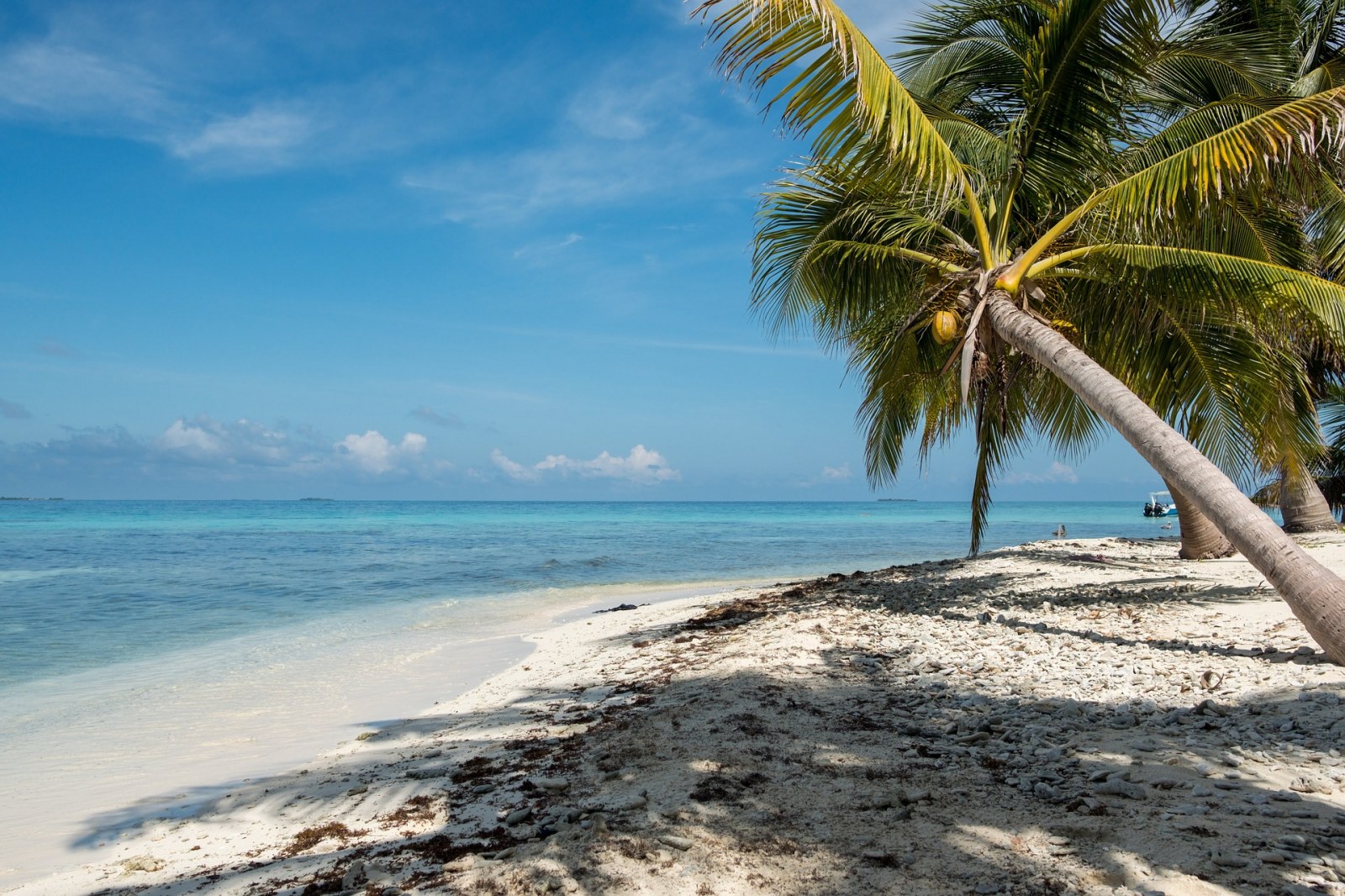 Enjoy your day at leisure, and see what this wonderful resort has to offer! Relax, be active, the choice is yours! This is a wonderful way to cap off a great vacation in Belize!

After breakfast, you will be transferred to the San Pedro’s airstrip for your local flight to Belize International.

Las Lagunas boutique hotel is a beautiful property that combines 200 acres of land with the comfort of a boutique hotel. This hotel has 16 charming suites perfectly equipped and surrounded by a magnificent view of the Quexil lagoon that will make an unforgettable stay.

Located on Ambergris Caye, this beachfront view hotel has unique accommodations with spacious areas. This hotel is perfect for a family vacation or a romantic getaway since its attractions and amenities fit all. Enjoy an amazing beach vacation at this luxurious boutique hotel.